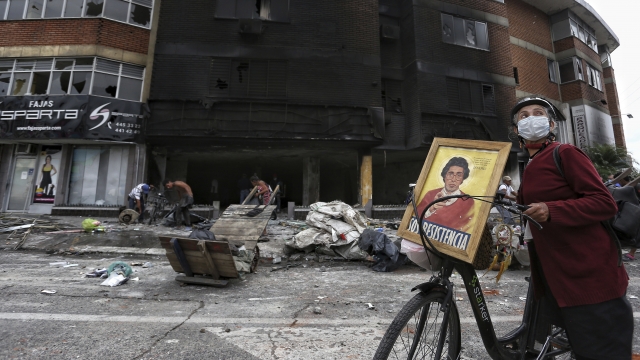 Demonstrators filled the streets after the government proposed a tax hike.

At least 19 people are dead after protests in Colombia. And there are fears that the number could be higher as dozens of people are missing.

Demonstrators filled the streets after the government proposed a tax hike on a country that's already been suffering, with more than 42% of the population living in poverty. The tax hikes would raise prices on basic necessities like food and gas.

Colombia is also facing one of the worst coronavirus outbreaks in the world.

Protests have been going on for about a week now. Witnesses say police moved in on crowds, randomly shooting. 18 civilians and one police officer have been killed.

Washington, D.C. is weighing in.

"When it comes to our support for the Colombian government, we will continue to stand and address these issues not only through peace and political dialogue," said Jalina Porter with the State Department. "But, you know, we'll do so in a way that puts human rights at the core of our foreign policy."

Colombia's president withdrew the proposed tax plan on Sunday and his finance minister has since resigned.