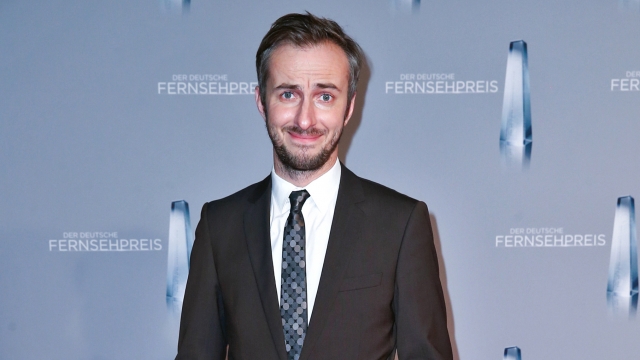 SMS
A German Comedian Can't Read His Dirty Poem Thanks To An 1800s Law
By Grant Suneson
By Grant Suneson
February 11, 2017
A German court blocked TV host Jan Böhmermann from reading most of his lewd poem about Turkey's president.
SHOW TRANSCRIPT

A German comedian is being censored because of an old law.

The president of Turkey wasn't a fan. He asked for Böhmermann to be punished under an obscure law from the 1800s that says not to insult foreign heads of state.

German prosecutors thought about charging him but decided against it. But a civil court said Böhmermann couldn't read 18 of the poem's 24 lines.

The court in Hamburg, Germany, said it didn't seriously limit the comedian's artistic freedom, but his supporters want courts to set a precedent that leans on the side of free speech.

Böhmermann says he wants to appeal the ruling higher, but it could be a moot point. German authorities decided to repeal the law altogether. It's expected to be off the books some time this year.