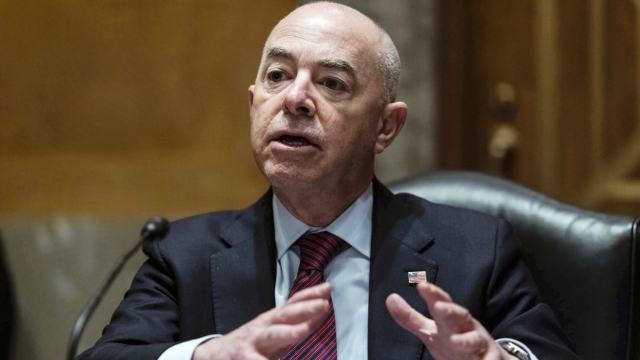 New data shows more than 178,000 migrants were apprehended at the southern border in April.

The recent border crisis was the focus of a Senate hearing Thursday. Homeland Security Secretary Alejandro Mayorkas outlined three key points of the government's long-term strategy: investing in aid to stabilize the Central American countries where most migrants are coming from; building legal pathways for children and others to come to the U.S.; and urging Congress to pass comprehensive immigration reform.

Mayorkas also says the Biden administration had to rebuild a system it views as dismantled under Trump and defended the changes in policy.

"We are dedicated to an orderly, safe and humane immigration system, and therefore we stopped the prior administration's policy of expelling the unaccompanied children. We did not turn them away," said Mayorkas.

But while Republicans continue to criticize President Biden for his border policies it's no longer a top headline.