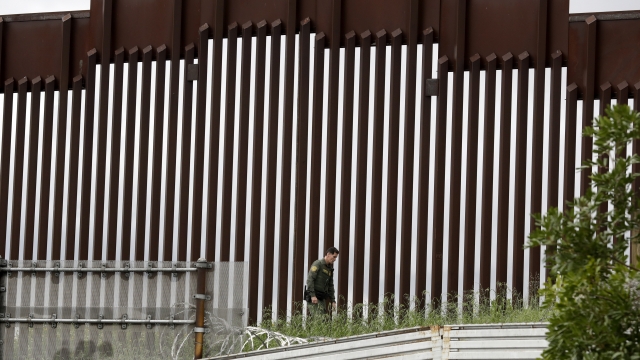 SMS
160 CBP Employees Test Positive For COVID-19
By Adam Elrashidi
By Adam Elrashidi
April 7, 2020
The agency reports at least 160 employees have tested positive for the disease, most of them in New York City.
SHOW TRANSCRIPT

U.S. Customs and Border Protection is reporting at least 160 of its employees have tested positive for COVID-19. The agency did not say whether those employees worked as customs agents or border patrol officers.

CBP employees in New York City account for the majority of cases, followed by those in Miami; Newark, New Jersey; and Los Angeles. More than two dozen cases have been reported among employees working along the U.S.-Mexico border, while 13 have been confirmed among those at the U.S.-Canada border.

CBP hasn't publicly reported the number of confirmed cases among its employees until now. But it has reported that movement along the southern border has declined in recent weeks due to increased security measures intended to further limit migration.

Still, the agency hasn't yet said whether anyone in its custody has tested positive for the virus. Last month, however, government officials reported that at least three immigrant children detained in New York had contracted the virus.