150 NY Court Employees Could Be Unemployed If They Remain Unvaccinated 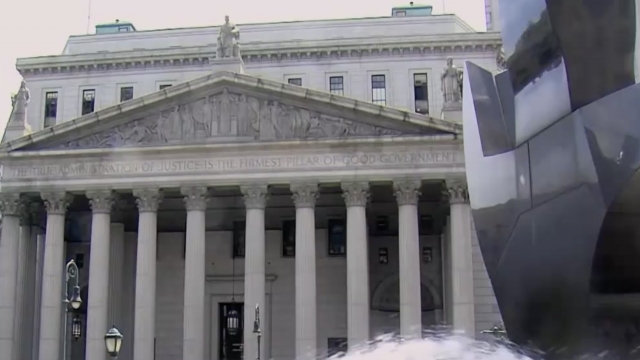 More than 150 New York State court employees could be let go from their job.

That's because the Office of Court administration gave them two weeks to get at least one shot of a coronavirus vaccine or be terminated by close of business Monday.

The OCA tells Newsy employees have been given adequate time to either comply or submit a medical or religious exemption. These court employees, including court judges, haven't been allowed to enter any court facility despite no requirement for the public.

Instead, staffers are having to use their vacation time, and the judges are at risk of further disciplinary action.

Dennis Quirk, president of the New York State Court Officers Association, says he's frustrated that the other branches of New York State government are allowing weekly testing for those who don't want to get the shot, but the judicial branch has this mandate.

The decision made by Chief Judge Janet DiFiore is set to be challenged in court Tuesday. Employees say the OCA violated the law by mandating these vaccines without negotiating with the unions.