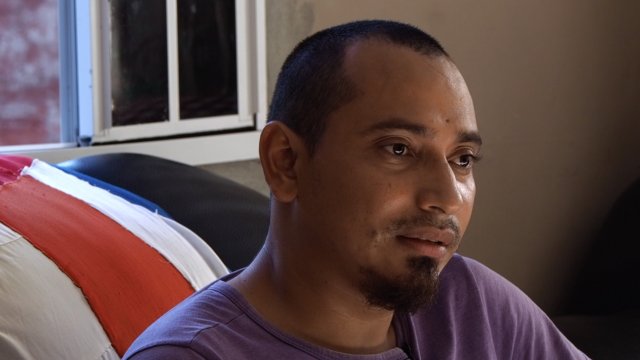 Amid record numbers of border crossings, images of migrants being smuggled into Texas have caught the country's attention.

Yet the migration crisis facing the Biden administration starts thousands of miles away.

In El Salvador, we caught up with a father and husband getting ready for the long and risky trek north.

"I am thinking about immigrating to the U.S. because of the economic situation that is happening in the country, the unemployment and the delinquency," said Daniel Umana from his home in San Salvador.

And while the steep rise of unaccompanied children and families pose the greatest challenge, the surge is also driven by men traveling alone.

"If I were to undertake the trip, I would do it alone because of how dangerous it is, based on what I heard from my friends in the U.S.," Umana said.

Umana says he wants to go north alone, and then figure out a way for his wife and kids to join him later.

But first, he needs to borrow $13,000 to pay for a smuggler. That would buy him three attempts to cross into the U.S. Half of it upfront. The other half when he's made it.

"That includes food and places where you sleep on the way. And it gives you three tries. If they catch you the first time, you have two more," Umana explained.

Umana has friends who just made it to the U.S. illegally — and all found jobs right away. But he didn't consider leaving El Salvador until recently.

He's been struggling to make ends meet as an Uber driver during the pandemic. And his wife recently lost the cashier job she held for six years.

"When the pandemic came and they fired her, only I stayed working. It wasn't enough for us anymore," he said.

El Salavador's sky-high homicide rate has sharply decreased in the past couple years but the country remains plagued by endemic poverty, corruption and gang violence.

"I don't want my children to go through what I go through surrounded by gangs. What the majority of Salvadorans do is go to high school and then seek a job in a factory," Umana said.

Umana says he didn't want to make the trip in recent years because he heard the Trump administration treated migrants with cruelty.

But now he's hopeful he will make it through thanks to new Biden administration policies he perceives as friendlier.

"When the new president arrived, it appeared he would be more accepting and less racist towards migrants than President Trump. So, immigrating looks like a more attractive prospect," he said.