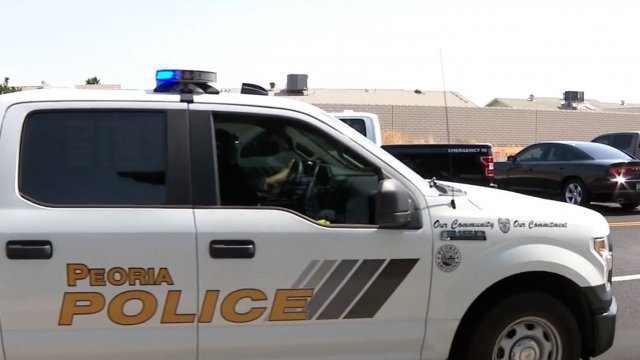 One person was killed, three wounded and nine others injured in reported drive-by shootings over a 90-minute span Thursday in three cities west of Phoenix, authorities said.

A suspect was detained, but the name of the suspect wasn't immediately released.

Police departments in Peoria, Surprise and Glendale were investigating shootings in their cities, along with the Arizona Department of Public Safety.

Four people suffered gunshot wounds, and one of those victims died, he said.

The other victims had a range of injuries, including being hit by shrapnel, Sheffert said.

Officials at Banner Health said they received nine patients at three of their hospitals.But the extent of the victims' injuries and their conditions were not immediately released.

Witnesses provided authorities with a description of the getaway vehicle, and the suspect was detained after a traffic stop in Surprise.