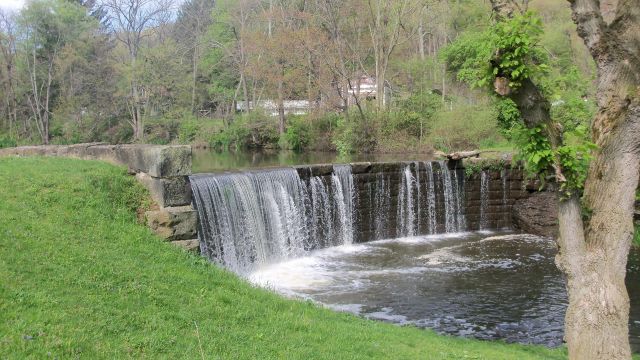 SMS
'Most Purple Town In Ohio' Is Facing A Tough Choice In 2016 Race
By Matt Picht
By Matt Picht
May 24, 2016
Voters in New Waterford, Ohio, split right down the middle for Romney and Obama in 2012. They're having a similarly tough time with the 2016 race.
SHOW TRANSCRIPT

As primary season draws to a close and both political parties turn toward the general election, it seems like everyone is trying to predict how the swing states will vote in November. And some outlets are getting a little bit more granular than others.

"You might look at a small village like New Waterford and say, 'Well, we've got to win that type of a mindset to win the whole country.' And that's probably absolutely true," the Columbiana County Board of Elections Director Adam Booth said.

Bloomberg visited New Waterford, Ohio, to find out how voters in this major swing state feel about the upcoming election. The site bills it as the "most purple town in Ohio" — a large part of the town identifies as independent.

The Ohio town has a unique voting record: In 2012, voters split evenly between Mitt Romney and Barack Obama, giving them 263 votes each. Obama narrowly took the town in 2008 by just 18 votes.

Since it's located in the solidly Republican Columbiana County, New Waterford's actual electoral impact is negligible. But the town's thoughts on the election could give some insight into how other independent or on-the-fence voters will swing in the general election.

So far, Bloomberg reports New Waterford is still struggling to decide between its options. But the town's mayor says jobs and national security are the two most important issues for the community in this election.