Zuckerberg Will Take 2 Months Leave After Daughter Is Born 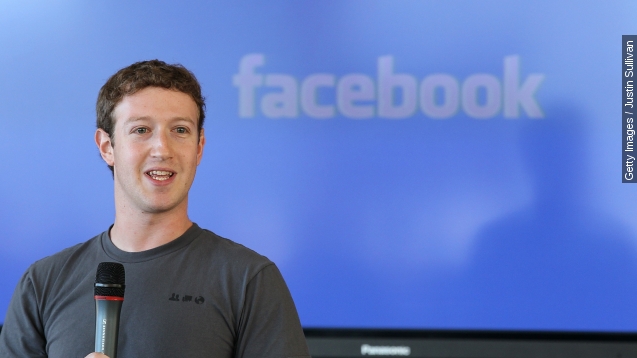 SMS
Zuckerberg Will Take 2 Months Leave After Daughter Is Born
By Ben Lawson
By Ben Lawson
November 21, 2015
Facebook, like many tech companies, is offering extended family leave, and CEO Mark Zuckerberg plans to use some of it for the birth of his daughter.
SHOW TRANSCRIPT

Facebook CEO Mark Zuckerberg announced he will take two months of paternity leave after the birth of his daughter. (Video via Facebook)

He and his wife, Priscilla Chan, announced this summer they were expecting a baby girl.

Zuckerberg made the announcement about his leave on Facebook, saying, "Studies show that when working parents take time to be with their newborns, outcomes are better for the children and families."

Facebook offers employees up to four months of paid family leave, which they can use throughout the year. (Video via Facebook)

Parental leave has been something of a discussion point among big tech companies lately.

Microsoft raised their amount of leave to 12 weeks for any parent and 20 weeks for birth mothers. Adobe raised it to six months, and Netflix is offering unlimited leave for the first year of a child's life.

Most of these companies say the move is about employee retention.

Adobe said in a statement, "Our employees are our intellectual property and our future. ... The investment is unquestionably worth it."

However, Yahoo CEO Marissa Mayer seems to be ignoring this trend. She says she plans to return to work two weeks after giving birth to twins. (Video via TechCrunch)