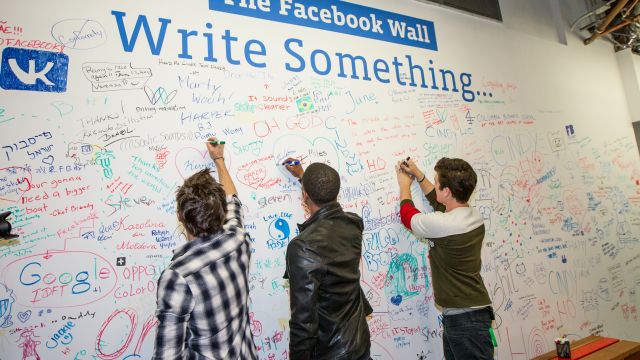 Like the rest of the tech industry, Facebook has a diversity problem; now CEO Mark Zuckerberg is beginning to confront the writing on the wall. Literally.

In a company memo, Zuckerberg criticized employees for defacing "Black Lives Matter" slogans written on Facebook's writable walls. Apparently, some Facebook workers had been crossing out the phrase and replacing it with "All Lives Matter" — even after Zuck told them to knock it off once before.

Zuckerberg wrote, "We expect everybody to treat each other with respect. Regardless of the content or location, crossing out something means silencing speech." He then encouraged employees to "educate themselves about what the Black Lives Matter movement is about."

Despite his progressive views on race, only 2 percent of Zuckerberg's employees identify as black, according to Facebook's diversity report. That's roughly in line with other big Silicon Valley tech companies.