'Zootopia' Could Be The Next Successful Adult-Friendly Kids Movie 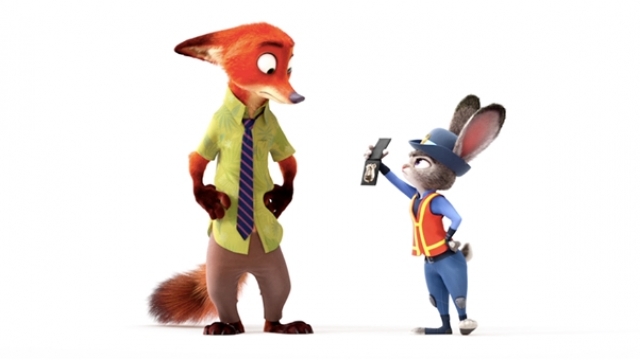 SMS
'Zootopia' Could Be The Next Successful Adult-Friendly Kids Movie
By Lexie Hammesfahr
By Lexie Hammesfahr
March 3, 2016
"Zootopia" is slated to be a box-office hit when it opens this Friday. The newest Disney film caters to adults, kids, and "furries."
SHOW TRANSCRIPT

Is Disney's "Zootopia" the next "Frozen" success story? It definitely has the potential.

The film has a 100 percent positive rating on Rotten Tomatoes ahead of its release.

The film is slated to have a $60 million-plus opening weekend. If it grosses more than $67.4 million over the weekend, it'll beat "Frozen" as the biggest opening for an original Disney animation.

And if you're thinking, "This is a kids movie, I'll pass," let me remind you how recent animated blockbusters have catered to adults as well. Whether or not we admit it, we all loved "Frozen," "Inside Out" and "Big Hero 6."

All three of those films had as many takeaways for adults as they did for kids. So what's one of the messages in "Zootopia?" Racial profiling is bad.

It's seen in simple scenes like a tiger sitting next to a rabbit on the bus. The bunny is nervous because of the history between the prey and predators in the film.

And speaking of the bunny, she's probably one of the strongest animated feminists we've seen. Judy Hopps is the first bunny cop in the city, and she constantly feels like she has to prove herself to her larger male counterparts.

Plus, there are plenty of pop-culture references and ties to the real world — like a joke about the slowness of the DMV being a result of its sloth employees.

And if all of this isn't enough to entice childless adults to see the film, Disney has a fail-safe marketing plan: The company is reaching out to "furries" — people who like to role-play by dressing up as animals.

Disney is promising free swag to furries who post pictures of themselves on social media with the hashtag for the film.

Some furries even speculate on social media that there are scenes designed for them. And one Disney animator kind of alluded to that idea by asking people to send him pictures when they go see "Zootopia" in costume.

Unique marketing plans aside, the film's critical praise is a great sign. And the fact that it was created by the people behind "Big Hero 6" and "Frozen" helps, too. Those films both won Oscars for best animated film.

This video includes footage from Walt Disney Studios and images from Getty Images.