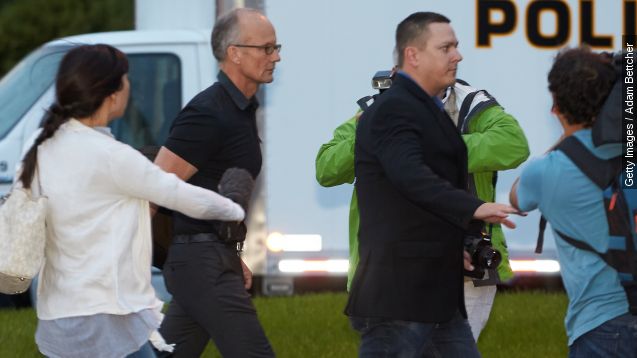 SMS
Zimbabwe Drops Charges Against Man Who Killed Cecil The Lion
By Katie Link
By Katie Link
October 12, 2015
Zimbabwean officials announced Monday they will not charge Walter Palmer for killing Cecil the lion. But are we surprised?
SHOW TRANSCRIPT

Walter Palmer has officially escaped extradition. Months after the American dentist took down Cecil the lion in Zimbabwe, officials there have announced he's cleared of any charges. (Video via WCCO)

Cecil was a hugely popular cat at a national park in western Zimbabwe. Palmer wounded the lion with a bow and arrow before killing him with a gun. No surprise, people weren't happy about that. (Video via Cecil The Lion)

Public outrage may have led Zimbabwean officials to talk a big talk. Once news of the killing came to light, the country's environment minister promised to extradite Palmer and charge him in Cecil's home country. (Video via KSTP)

There is an extradition treaty in place between the U.S. and Zimbabwe, which makes it possible to extradite a person that commits a crime that's illegal in both countries, so technically it could've happened.

But since the get-go, Palmer has sworn the hunt was legal and all of his permits were in order. Monday, the environment minister agreed.

Palmer's Zimbabwean hunting guide, on the other hand, still faces charges for "failing to prevent an illegal hunt."

But hey, the country says Palmer can return to Zimbabwe as a tourist any time. We're guessing he won't be on the next flight, though.

This video includes images from Getty Images and Daughter#3 / CC BY SA 2.0.