Zika Vaccine Trials Have Begun, But Funding Is About To Run Out 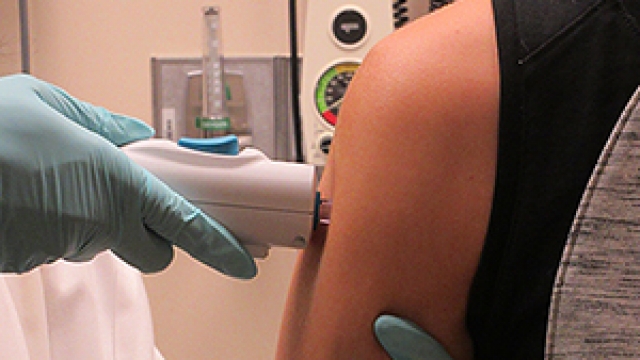 SMS
Zika Vaccine Trials Have Begun, But Funding Is About To Run Out
By Ben Lawson
By Ben Lawson
August 3, 2016
The vaccine is still a long way from commercial use, but funding to fight Zika could run out by the end of the month.
SHOW TRANSCRIPT

Scientists are pushing forward with another Zika vaccine even as officials warn funding to fight the outbreak is about run out.

The National Institutes of Health announced Wednesday that its vaccine entered clinical trials.

This is the second Zika vaccine to reach that stage. Last week, Inovio Pharmaceuticals announced clinical trials began for its vaccine.

The NIH says the vaccine is still a long way from becoming commercially available.

But a White House official says an organization key to developing a vaccine will likely run out funding by the end of the month.

That would lead to a halt on any work being done on a vaccine until Congress can approve more funding when the next session starts in September.

This video includes clips from the World Health Organization and Centers for Disease Control and Prevention and images from Getty Images. Music provided courtesy of APM Music.