Zayn Malik Leaves One Direction And Fans Totally Freak Out 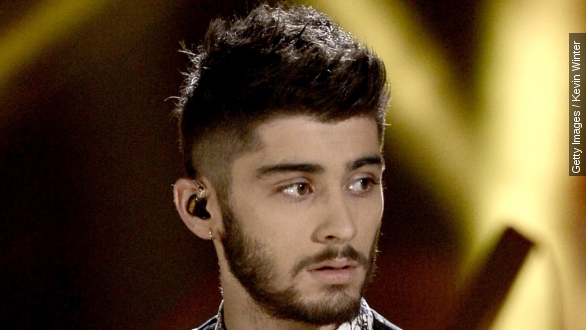 After five years with the boy band sensation that is One Direction, Zayn Malik has officially left the band.

And Directioners around the world are totally. Freaking. Out.

"I don't appreciate it! Do they know that they light up my world like nobody else?!" (Video via YouTube / GloZell Green)

"I thought I recovered, and I thought I could talk to the camera, but it's not working too well." (Video via YouTube / MeganLovesBieber8)

Malik announced his decision on One Direction's Facebook page Wednesday. "My life with One Direction has been more than I could ever have imagined. ... I'd like to apologize to the fans if I've let anyone down, but I have to do what feels right in my heart."

The singer explained his biggest reason for cutting ties with the group is because he wants to be "a normal 22-year-old" and needs some private time out of the spotlight. (Video via Sony Music Entertainment UK Limited / One Direction)

The remaining members of the band said in a statement they're saddened by Malik's departure, but "we totally respect his decision and send him all our love for the future."

And they're not the only ones who are sad... (Video via YouTube / Culter35)

Shortly after the announcement, fans flooded social media with their tears of despair. And some of the reactions were pretty extreme.

"In the words of Hannah Hart, bloop bloop." (Video via YouTube / clowolchock)

"It's unfortunate to see One Direction go from the five members that we love down to four. But the songs that he's been a part of, every single album that he's been on so far, that won't change." (Video via YouTube / Austin Jones)

And some even saw the news as an opportunity to take Malik's place.

But hey, at least there's one a small ray of hope for all these devastated Directioners.

The band's Facebook statement also promised a new album will be released by the end of this year. So cheer up guys! In the words of the boys themselves, we gotta live while we're young, right? (Video via Sony Music Entertainment UK Limited / One Direction)

But if Beyonce quits the biz anytime soon ... well, then we have a real problem on our hands. (Video via Sony Music Entertainment / Beyonce)