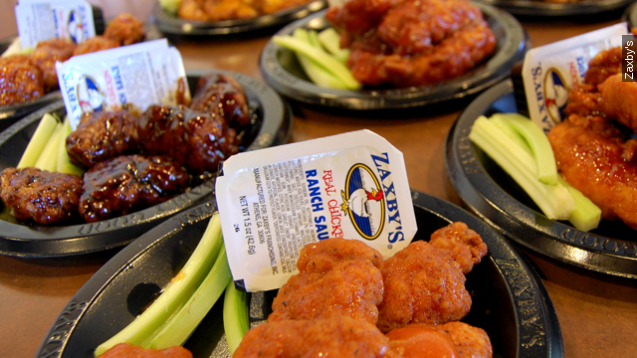 Known for its Buffalo wings and chicken fingers, Zaxby's is quickly becoming one of the country’s fastest-growing restaurant chains.

Zaxby's ranked 25th on QSR magazine's list of top 50 brands in quick service and fast casual — having pulled in nearly $1.3 billion in sales in 2014.

And it all comes just 14 years after two childhood friends opened the first Zaxby's in Statesboro, Georgia.

Zaxby’s success can be explained, in part, by the growing popularity of fast-casual food — a mix of fast-food and sit-down dining.

And for now, he says, that means focusing on what Zaxby's does best: chicken. (Video via Zaxby's)

This video includes images from Getty Images and Zaxby's.