YouTube's Launching A Service For Kids, Here's Why 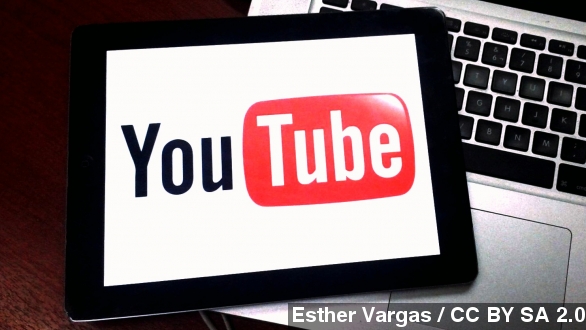 SMS
YouTube's Launching A Service For Kids, Here's Why
By Mikah Sargent
By Mikah Sargent
February 20, 2015
YouTube is quite popular among families, but the service isn't the safest for kids. So YouTube is launching a service for kids to remedy the problem.
SHOW TRANSCRIPT

YouTube can be a vexing website for children and the parents who hope to protect their innocence.

You might think you're watching a car commercial, and then suddenly ...

scary figure screams in a YouTube video posted by mrsmithereen.

So it's no surprise the video streaming site — according to USA Today — plans to launch a kid-friendly version of YouTube called YouTube Kids. Props to the creative team for coming up with that one.

The app will reportedly strip away video comments and prevent kids from searching for questionable content. Parents will also be able to limit viewing time with a built-in timer.

Why the sudden focus on family? Turns out, YouTube is a total family magnet. The report quotes a product manager at the company who says, "(Year over year) we've seen 50% growth in viewing time on YouTube, but for our family entertainment channels, it's more like 200%."

It makes sense, then, that YouTube would want to cater to its family-filled viewership. If the service alienates that swiftly growing, always-watching audience with explicit content, terrifying car videos and curse-word-laden clips, it risks losing lots of ad revenue. (Video via YouTube)

The video streamer appears to be pulling out all the stops for this one. The Verge says YouTube plans to roll out original content for the platform; original shows will be coupled with popular kid-centric content already available on the site. (Video via YouTube / Busy Beavers)

There is one tiny bit of friction YouTube will face in launching this product. As The Wall Street Journal points out, the company will have to comply with special Federal Trade Commission regulations put in place to protect children.

In essence, the FTC rule says if you have a service for children under 13, you have to get parental consent before a child can sign up. Parents are also given the right to review any information the service has collected on their child.

However, judging by previews of the app provided to USA Today and some tech publications, as well as the expected launch date, YouTube and parent-company Google have probably already tackled these concerns.

We'll get our first glimpse of YouTube Kids February 23 — starting off, the app will only be available to Android users.

The fact Google's missing out on that huge iOS user base — you know, the one chock-full of families — is a bit more concerning than any FTC friction. (Video via Apple)