Here's Why Some Write-In Votes For President Might Not Count 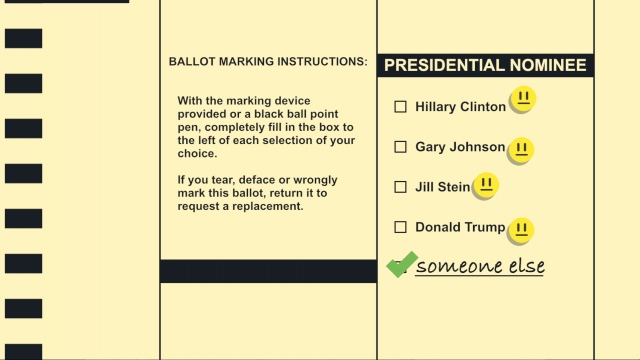 If you don't like who's on your ballot this election, there's an easy solution: Write in your own candidate.

"I think I might write in Lindsey Graham. He's an old good friend of mine, and lot of people like him," Arizona Sen. John McCain said recently during a debate.

But before you write in Lindsey Graham, red sweater aficionado Ken Bone or even Mickey Mouse, you should probably figure out if that's something you can even do.

Yep. Not every state allows write-in candidates for the office of the president, and many that do allow it have specific rules about it.

Thirty-three states allow write-in candidates but require a candidate to file a declaration of intent to run for office — or, at a bare minimum, provide elector information.

So in McCain's case, a vote for Graham won't be counted. Like many states that require filings for write-in candidates, Arizona's deadline has already passed. And Graham didn't file.

So that leaves only eight states that count the votes of any name written in. But even then, the candidates need to meet the eligibility requirements for office. And fictional characters aren't usually counted, either. Sorry, Mickey.

So you're best off checking on the specific rules with your state to make sure your write-in vote will actually be counted.

More information on write-in candidacy rules for each state can be found below: