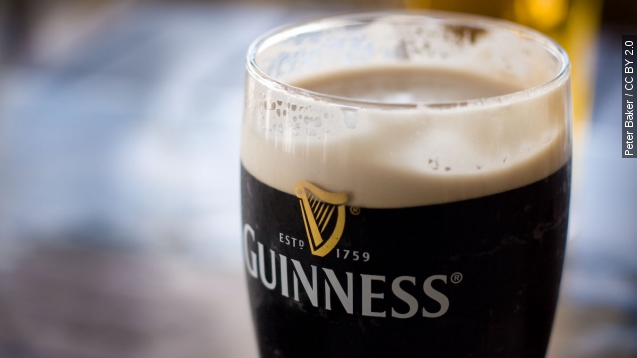 SMS
Your Vegan Guinness Won't Be Fish-Bladder-Filtered Anymore
By Ryan Biek
By Ryan Biek
November 4, 2015
Starting in 2016, Guinness will no longer use isinglass, a collagen collected from fish swim bladders, in its filtration process.
SHOW TRANSCRIPT

Vegans and vegetarians will soon be able to enjoy a pint of the "black stuff." (Video via Guinness)

Starting in 2016, Guinness will no longer be using isinglass, a collagen collected from fish swim bladders. The company has historically used it to filter impurities during the brewing process. (Video via Eater)

For all intents and purposes, it wasn't really. But because parts of fish were being used even as a filter, Guinness couldn't be considered vegetarian-friendly. (Video via Guinness)

Vegans and vegetarians have been petitioning the company for a while now, and for the first time in 256 years, Guinness is making the change to its process.

But will the change affect the taste? It shouldn't. The isinglass is reportedly used to help the yeast settle faster, so it shouldn't have much of an impact, if any, on taste. (Video via Guinness)

With the beer soon being vegan-friendly, many more people will have a chance to taste for themselves.