Your Smartphone Could Soon Tell You If Your Food Has GMOs 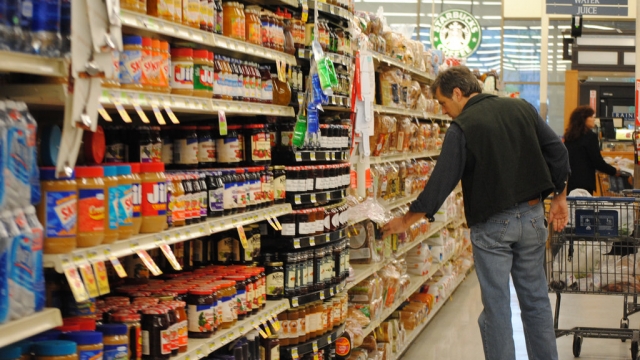 SMS
Your Smartphone Could Soon Tell You If Your Food Has GMOs
By Melissa Prax
By Melissa Prax
July 9, 2016
A recently passed Senate bill would require companies to disclose whether their products have GMOs — but how they do so is up to them.
SHOW TRANSCRIPT

Soon you might know if your food has genetically modified organisms — but you'll have to do a little digging.

And it's the digging that had protesters throwing money on the Senate floor Wednesday.

New measures would force companies to disclose whether their products contain GMOs — but how they disclose that is up to them. For example, they could use a symbol or print a QR code on the label.

Despite protests, the Senate passed the bill Thursday. Next it heads to the House of Representatives for consideration.

The Senate did get a positive nod from the Organic Trade Association, which has strongly advocated for GMO disclosure on labels.

Vermont passed a law earlier this month that requires grocery stores to use GMO labels, but these federal measures would replace the state's requirements.

This video includes clips from Just Label It, CBS, C-SPAN, CNN, Ralph Roberts / CC BY 3.0 and images from Getty Images.