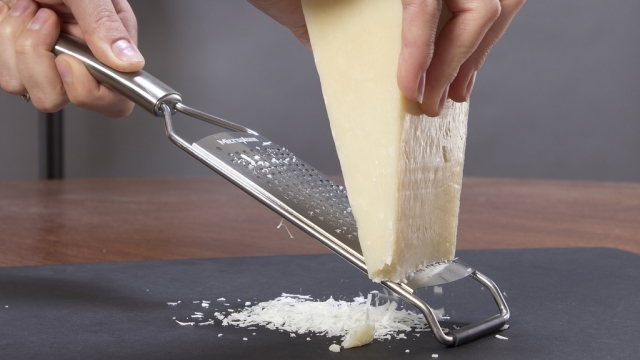 SMS
Your Parmesan Cheese May Have More Wood Pulp In It Than You Think
By Cody LaGrow
By Cody LaGrow
February 16, 2016
A Bloomberg report found that some grated cheeses have higher-than-expected levels of wood pulp.
SHOW TRANSCRIPT

Kraft labels its Parmesan cheese as "100 percent real grated Parmesan. No fillers." Bloomberg reports that may be 100 percent inaccurate.

The news outlet tested a few store-bought grated cheeses for cellulose, which is made from wood pulp. It's a safe, anti-clumping additive that's acceptable at a level of 2-4 percent.

Now, don't Asiago to your fridge and throw it all out. Adding cellulose to grated cheeses is normal. It costs manufacturers less than pure Parmesan and is usually listed as an ingredient.

However, Bloomberg claims Whole Foods Parmesan had cellulose levels that registered at 0.3 percent despite it not being listed as an ingredient. Whole Foods claims it may be a false positive.

This report comes during an Food and Drug Administration investigation against Castle Cheese Inc., the cheesemaker accused of putting a little too much wood pulp into its products.

An easy way around all this is to buy and grate your own cheese. The only wood added would be your choice of tree.

But, if you can't do that, it's time to call upon the Gouda gods or anything holier than a slice of Swiss: Our cheese needs your prayers.

This video includes images from Getty Images, Jewel-Osco and Wal-Mart.