Your Favorite Wine Could Contain More Alcohol Than You Think 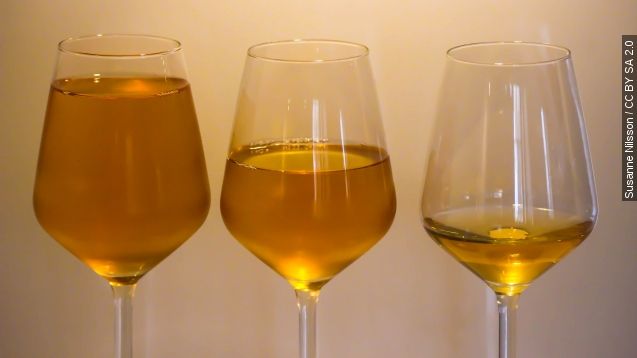 SMS
Your Favorite Wine Could Contain More Alcohol Than You Think
By Melissa Prax
By Melissa Prax
December 31, 2015
A new study says that over half of wines have higher alcohol content than advertised.
SHOW TRANSCRIPT

Has holiday stress got you filling that wineglass to the brim more often than usual?

Well, you might want to reconsider how much you're consuming, because a University of California study has found more than half of wines contain higher alcohol content than they say on the bottle. (Video via BuzzFeed)

But before you get excited about not having to buy as much booze, that 0.42 percent-higher-than-advertised average could impair your driving without you even knowing it. (Video via Coravin)

One tip that Cornell researchers suggest? Fill your glass halfway. If you follow this method, they say you'll pour 18 percent less than you would have.