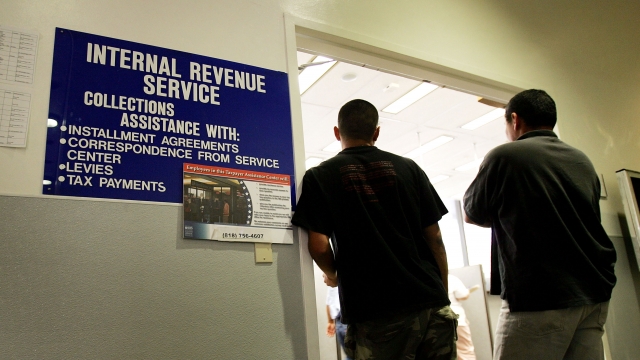 SMS
Your Chances Of Being Audited By The IRS Are About To Go Up
By Leah Becerra
By Leah Becerra
May 6, 2016
The IRS will be hiring up to 700 more tax enforcement employees.
SHOW TRANSCRIPT

The Internal Revenue Service will be hiring up to 700 new employees for tax enforcement, which means your chances of being audited are about to go up.

At least, that's the goal because the agency has been pretty lax on enforcement, which isn't totally the IRS' fault. You see, the agency desperately needs more workers.

Audits being down doesn't sound so bad from a taxpayer's perspective, but remember that the money collected eventually sends funds back to the U.S. Treasury.

Marketplace talked to IRS commissioner John Koskinen: "We estimate that the government is losing $4 [billion] to $5 billion a year in collections we're not making because we don't have enough people."

At the end of this fiscal year, even after new tax enforcers are hired, the agency will still be down 2,000 workers compared to the beginning of the year.

This video includes images from Getty Images and clips from IRS.