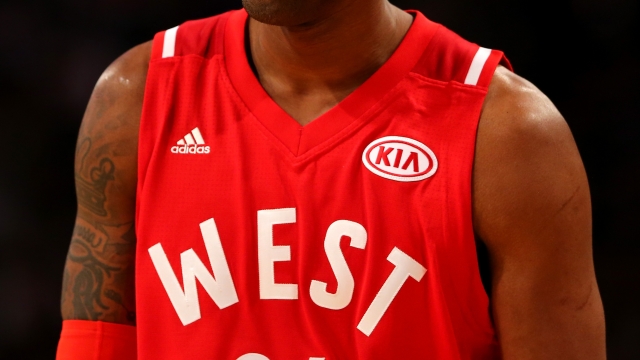 NBA Commissioner Adam Silver said in 2014 that on-jersey ads were inevitable, and he wasn't wrong. On Friday, the NBA Board of Governors approved the sale of jersey sponsorships.

The league plans to implement a three-year pilot program that'll feature 2.5-by-2.5-inch ads on the front left of players' jerseys — just like we saw during the All-Star game.

According to Bloomberg, the ads could generate around $150 million in revenue a year, with half going to the teams and the other half going to a revenue-sharing pool.

This move makes the NBA the first of the four major U.S. sports leagues to put ads on game jerseys. Silver chatted with Rachel Nichols on "The Jump" back in March to discuss the possibility.

"It creates an additional investment in those companies in the league. ... Once they put their name on the jerseys, they'll then use their media to promote the NBA extensively. That's probably the greatest reason for us to do it," Silver said.

He went on to say he believes the patches won't take away from the fan experience, which might be a concern for basketball purists.

Another concern: Will fans have to rock the ad-patched versions of their favorite player's jersey? The NBA says no, but individual teams will have the option to sell them.

We won't see the ad patches until the 2017-2018 season. But if you're interested in some fan-made concepts, you can search the hashtag #NBAJerseyAds.

This video includes clips from ESPN and images from Getty Images.