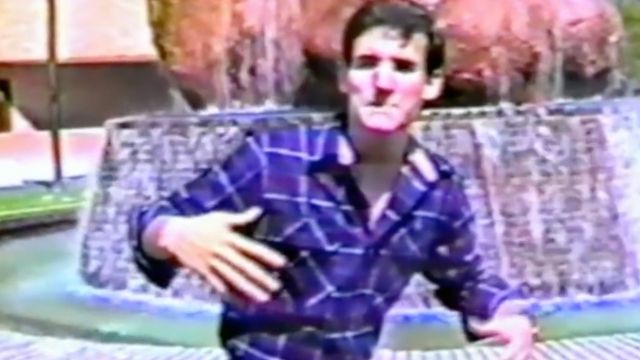 "Aspirations? Is that like sweat on my butt? No, no, oh, I see — what you want me to do, what I want to do in life. ... Take over the world. World domination. You know, rule everything. Rich, powerful, that sort of stuff," an 18-year-old Ted Cruz joked in a video from 1988.

A 1988 video has resurfaced showing Ted Cruz when he was 18 years old.

The person who uploaded the video said it was provided by one of Cruz's former high school classmates. (Video via Fox News)

Its release comes days before the Iowa caucuses. Polls show Cruz is a top GOP contender, alongside Donald Trump. (Video via C-SPAN)

Former classmates have come back to cause trouble for Cruz before. Some who knew him at Princeton told The Daily Beast he was "abrasive," "intense," "strident," "crank," "arrogant" and "creepy."

As for this latest video, Cruz doesn't seem too concerned. His campaign manager told Politico, "Good to see he's always had a great sense of humor."