Young European Docs Scoff At Article About Their Luxurious Lifestyles 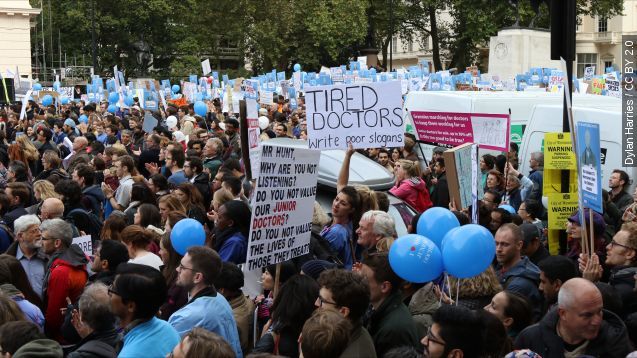 SMS
Young European Docs Scoff At Article About Their Luxurious Lifestyles
By Matt Moreno
By Matt Moreno
January 11, 2016
The junior doctors responded to The Sun's article with tweets about their not-so-lavish lifestyles.
SHOW TRANSCRIPT

Young European doctors are responding to an article written in The Sun about their "lavish lifestyles," and it's pretty hilarious.

The article, titled "Moet medics: High life of docs' leaders who are heading up NHS strike," talks about the doctors in their 20s, their luxurious vacations and how many of them are leading the charge against the National Health Society in Europe.

The dispute between the British Medical Association and NHS Employers boils down to pay. Many staffers are receiving small pay increases, but the little bit of extra pay comes with several stipulations. (Video via Press TV)

So, in response to The Sun's article, many junior docs decided to tweet about their so-called "lavish lifestyles."

having two babies at the same time and dressing them in clothes,

having their cake and eating it too,

and, perhaps worst of all, traveling through time and space.

Yes, it's very clearly tongue-in-cheek. The young docs are using #smearthedocs to respond to The Sun's article.

This video includes images from Garry Knight / CC BY 2.0.