You Shouldn't Be Surprised AT&T Is Dropping 2-Year Contracts 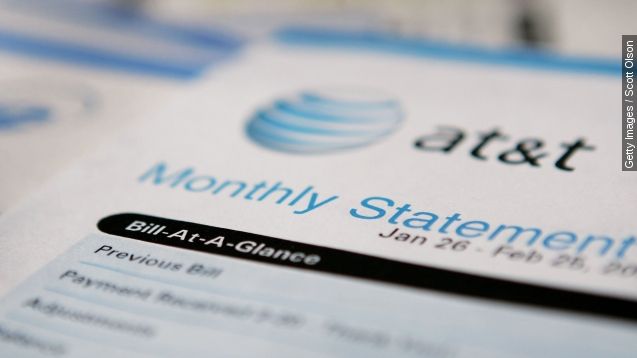 SMS
You Shouldn't Be Surprised AT&T Is Dropping 2-Year Contracts
By Leah Becerra
By Leah Becerra
December 31, 2015
Starting Jan. 8, AT&T will join every other major U.S. cell provider and will stop offering two-year contracts to most subscribers.
SHOW TRANSCRIPT

AT&T is finally ditching two-year contracts, but we knew this was coming. (Video via AT&T)

For one thing, AT&T was the last of the major U.S. providers still offering the contracts. Also, the company got rid of some two-year contracts sold through third parties back in June. (Video via AT&T)

That, and a higher-up at the company told Re/code earlier this year he thought the two-year contract and subsidized phone plan "is one of those options that is going to go away slowly." (Video via AT&T)

Apparently not that slowly, though. Starting Jan. 8, AT&T's customers will have to pay the full cost the phone they choose, and they will not sign a contract.

The only people the change won't affect are business customers with qualified wireless service agreements; you know who you are. (Video via AT&T)

For everyone else, you can pay for the phone at once or over time. Because, remember, people will have to pay full price for their phones. A company spokesperson told USA Today that "down payment options [will be] available with even lower monthly installments."

If you're upset about the change, blame your fellow subscribers — people have complained for years about being locked into contracts. And without that agreement, certain perks like subsidized phones have to go away.