You Ruined It! Film Studios Wary Of Comic-Con Leaks Hold Back Trailers 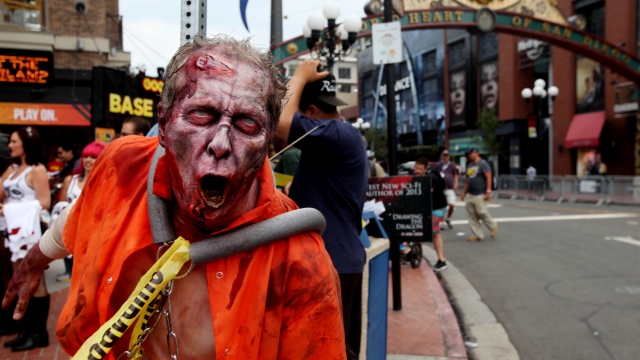 SMS
You Ruined It! Film Studios Wary Of Comic-Con Leaks Hold Back Trailers
By Ben Lawson
By Ben Lawson
July 23, 2016
After several high-profile leaks at past Comic-Con screenings, a number of major movie studios are keeping their trailers at home this year.
SHOW TRANSCRIPT

The fans came out for San Diego Comic-Con, but concerns over piracy may be keeping some upcoming big movies away.

Several movie studios won't be screening any footage at the show.

Lionsgate isn't bringing anything from its "Power Rangers" reboot, and Lucasfilm, Legendary and Paramount aren't making appearances, either.

When 20th Century Fox announced it wouldn't be showing anything from "Assassin's Creed," it said it was over concerns of footage leaking online.

Last year, Fox had early clips from two films appear on the internet. Clips from "Deadpool" and "X-Men Apocalypse" both leaked.

DC and Warner Bros. also saw a low-quality version of the sizzle reel for "Suicide Squad" go public early. They quickly decided it was better to just put the video out in HD.

"Guardians of the Galaxy Vol. 2" director James Gunn said on Facebook that piracy is less likely to happen this year because of "new technology." But no one seems to know what that means.

Most of the studios skipping the event this year blame scheduling issues, but the threat of piracy feels like somewhat of a dark cloud hanging over the event.

Regardless, DC and Marvel are holding strong. Both of the superhero titans are presenting at the convention on Saturday.