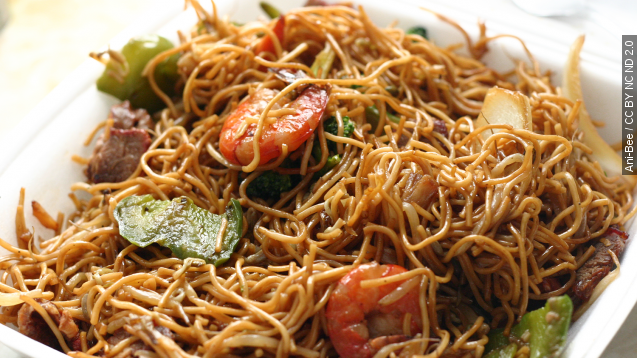 SMS
You Might Spend $1,100 On Takeout Each Year
By Katherine Biek
By Katherine Biek
July 29, 2015
A survey conducted by Butterball discovered Americans are spending an average of $1,100 on takeout food every year.
SHOW TRANSCRIPT

Enjoy takeout food? Maybe a little too much? You're not alone.

A study conducted by the turkey company Butterball discovered the average American spends almost $1,100 on takeout each year. That ends up being about $21 spent weekly.

It also found the one in four people order food online at least once a week.

Butterball says these results are based on a survey of 1,000 people, and the most commonly cited reasons for ordering takeout were laziness and cravings for certain foods.

And later that same year, Forbes reported Visa had discovered Americans were going out for lunch an average of twice a week, spending about $936 each year.

Companies like GrubHub have made it easier to order food online.

In April, GrubHub, which connects users with nearby restaurants that either deliver or offer takeout, reported 5.6 million users placed an order either with its app or through its site in the past year.

And if you're wondering why a turkey company would be interested in a takeout study?

Butterball's hoping it's app Butterball Cookbook Plus will encourage people to discover recipes and cook at home, instead of ordering out.

This video includes an image from photographybanzai / CC BY 2.0.