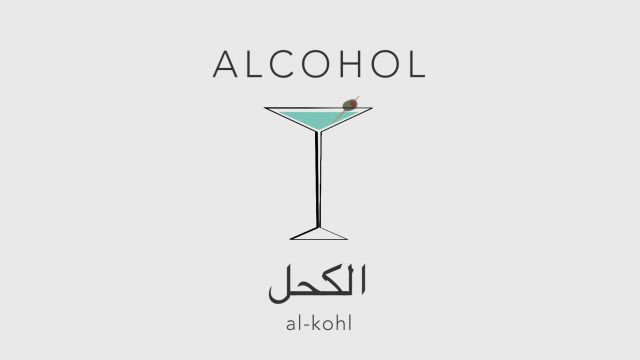 SMS
You Might Not Realize You're Using Arabic When You Say These Words
By Jake Godin
By Jake Godin
April 6, 2016
English and Arabic may seem different enough — but there are actually quite a few English words that were first spoken in Arabic.
SHOW TRANSCRIPT

Coffee, alcohol, sugar … These are just a few of the many English words that actually came from Arabic. And yet, Arabic kind of gets a bad rap in the U.S.

But here’s the thing, there are a lot of English words with Arabic origins that Americans use every day. Here are a few examples:

Alcohol — Booze. It’s another word stemming from Arabic. Specifically al-kohl, which had nothing to do with liquor. Instead, it referred to powders — or substances in a ground down, distilled form.

Algebra — Math! We all use that every day, right? Algebra is actually based off the Arabic word al-jabr, which meant "the reunion of broken parts." According to Oxford, that word most likely came from a mathematical book by a Persian mathematician around A.D. 820.

Coffee — The fuel that drives most of us is Arabic in origin. Qahwa, which is thought to have originally meant wine, came out of Yemen and eventually found its way into the Turkish, French and Italian languages.

Sugar — And what goes better with coffee than sugar? This was also originally an Arabic word — sukkar. It was actually borrowed from a language farther to the east — Sanskrit.

Sofa — The comfy pieces of furniture folks sit on in their homes came from the Arabic word suffah in the early 17th century. Standards were a bit lower back then, and it really only referred to a bench of stone or wood.

Zero — And another math-related word, zero, comes from Arabic. The word sifr, which means cipher or empty, was eventually picked up in Europe and found its way into English in the late 16th century.

So... any time you see one of these words, know that you’re seeing a little Arabic in the English world.