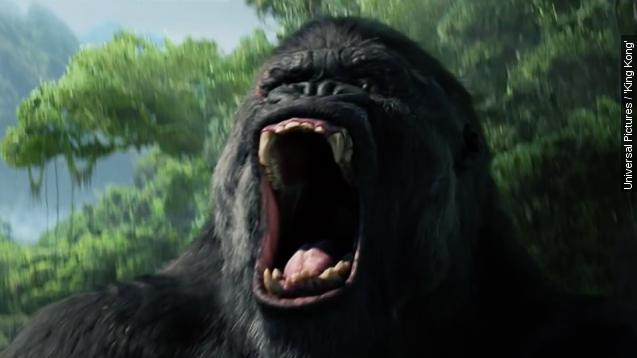 All right, place your bets. Who would win in a fight – Godzilla or King Kong?

It's rumored that Legendary Pictures, the company that produces the "King Kong" movies, is hoping to create a Godzilla and King Kong crossover movie.

The news first came from Deadline. That outlet reported Legendary is working to move the distribution rights to their upcoming prequel, "Kong: Skull Island" from Universal to Warner Bros. in order for this movie to happen. Warner Bros. owns the sequel rights to 2014's "Godzilla."

If this movie pitch sounds ridiculous to you, well, you can probably blame Tony Stark. Shared movie universes seem to be all the rage right now. It seems the rest of Hollywood saw all the buckets and buckets of cash the Marvel movies have brought in for Disney.

Universal is reportedly working on a shared universe mega-franchise featuring all the classic monster characters like Dracula and the Wolf Man.

Not to mention that other superhero universe in the works at Warner Bros.

Surprisingly enough, this isn't the first Godzilla/King Kong mashup that we have seen. There was this classic from 1962. Think they still have that suit?

Joking aside, it stands to reason that a crossover movie between the two classic movie monsters could do reasonably well. Both of the franchises most recent entries brought in over $500 million worldwide on their own.