You Find A Random Flash Drive. What Do You Do Next? 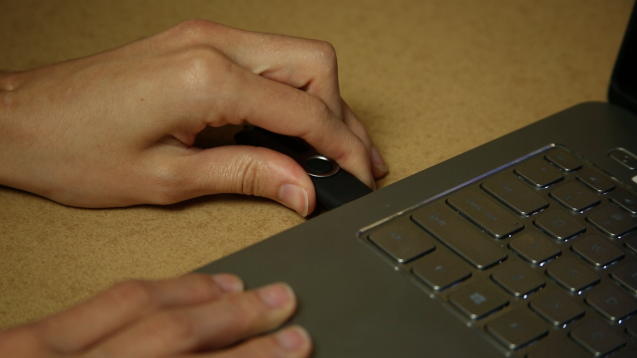 SMS
You Find A Random Flash Drive. What Do You Do Next?
By Leah Becerra
By Leah Becerra
November 5, 2015
Nearly one in five people who find a lost flash drive will plug it into a computer.
SHOW TRANSCRIPT

Consumers' awareness of cybersecurity issues has been heightened of late, which makes the findings from CompTIA's "USB Drop Experiment" all the more alarming. (Video via CompTIA)

The nonprofit cybersecurity company ran a social experiment from August to October of this year to test people's "security hygiene."

CompTIA writes, "Over the course of a few weeks, 17% of consumers picked up and plugged the found USB sticks into their devices, opened the text file and either clicked the unique link or emailed the listed address." (Video via CompTIA)

Guys, come on. If you found an open can of pop on the ground, would you drink it?

"About 1 in 5 people who picked them up actually plugged them into their computers, which is probably one of the worst things you can do if you're trying to protect yourself from cybersecurity threats," said CompTIA CEO Todd Thibodeaux on Marketplace. (Video via The Christian Science Monitor)

It's one of the worst things you can do because, normally, a hacker has to find a way to break into your computer. Willingly plugging the USB into a machine is kind of like inviting a hacker to steal your data.

Luckily for the people who did plug the drives into their computers, CompTIA was just running an experiment. Hopefully, next time they'll know better. (Video via CompTIA)