You Could Test Lyft And GM's Self-Driving Taxi Service 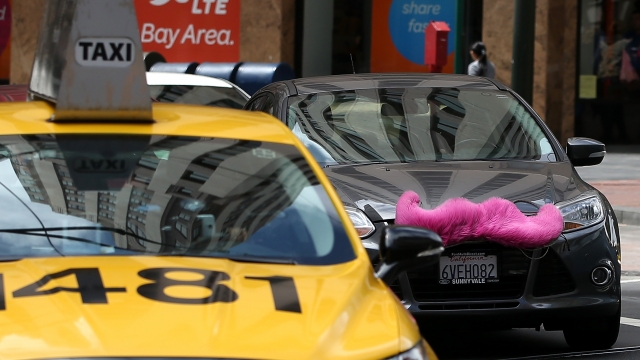 SMS
You Could Test Lyft And GM's Self-Driving Taxi Service
By Ben Lawson
By Ben Lawson
May 5, 2016
The automaker and the ride-hailing company are aiming to test a driverless taxi service some time in the next year.
SHOW TRANSCRIPT

GM and Lyft are planning to try out a self-driving taxi service.

A Lyft executive told The Wall Street Journal testing will start in an unspecified U.S. city some time in the next year.

The tests will reportedly include regular Lyft customers. When ordering a ride from the service, passengers will select whether they want to be involved in the pilot.

The vehicles in the program will be the all-electric Chevrolet Bolt. At first, the self-driving cars will still have a driver in the front seat, but eventually the companies want to phase out humans behind the wheel entirely.

This move positions the two companies to compete in areas where they were lagging.

Uber, Lyft's main ride-hailing rival, already has its own self-driving car lab in Pittsburgh with the goal of getting a fleet on city streets by 2020. And that company has significantly more resources than Lyft for a self-driving taxi program.

The service could also eventually help GM get a leg up on Google. GM recently bought Cruise Automation, a startup that builds autonomous driving systems, but Google's system is believed to be ahead of others from traditional automakers.

This video includes clips from Lyft, Chevrolet, Uber and Google and images from Getty Images.