You Can Watch Shia LaBeouf Watch His Movies Because ... Art 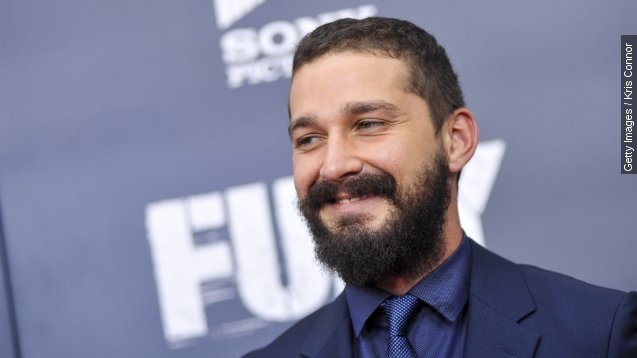 SMS
You Can Watch Shia LaBeouf Watch His Movies Because ... Art
By Ben Lawson
By Ben Lawson
November 11, 2015
Shia LaBeouf's latest stunt is a three-day marathon of him watching all his movies, including a live stream of the event.
SHOW TRANSCRIPT

This time, he is showing a three-day marathon of every movie he has ever made at a theater in New York and letting fans watch it with him.

It's called #AllMyMovies, and it's far from LaBeouf's first foray into some kind of fame-examining performance art. (Video via Berlin International Film Festival)

There was the time he wore a bag over his head on the red carpet that said "I am not famous anymore."

Then he got accused of plagiarizing a short film he wrote and had the #IAmSorry event.

One person at a time could sit in a room with the actor while he sat silently looking like he was on the verge of tears.

The live stream is about as interesting as it sounds. Sometimes he laughs at his movies, but most of the time he just sits there staring at the screen. Apparently, he did lie down in the aisle and sleep for a bit, though.

It's kind of hard to tell if this is art, narcissism or both, but at least this event gave some people another chance to see "Indiana Jones and the Kingdom of the Crystal Skull" in theaters once again.