You Can't Name Your Kid 'Nutella' In France 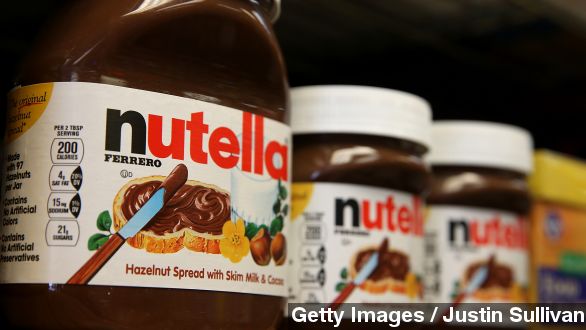 The unique names aren't limited to Hollywood. Over in France, two parents have come up with something nutty. Pun intended.

They were hoping to spread the happy and name their child Nutella. Yeah, like the Italian chocolate hazelnut spread.

The Local says a judge didn't think it was such a good idea and suggested the name Ella would be more appropriate.

"A judge ruled that it 'wasn't in the best interests of the child' and that she would risk 'being mocked.'"

This all might seem a bit strange to American parents, but in France, if a child's name is — for lack of a better term — weird, their parents might not be allowed to go forward with it.

A judge can shoot the name down, as in the Nutella case. The Independent reports the same court ruled out the name "Fraise" for another child. Fraise typically means "strawberry" but can also mean something more derogatory as part of a slang phrase.

But the fact those parents were denied has, of course, led to plenty of headlines. Our favorite was "caught in a jam." Clever.