You Can Practically Move Into Hogwarts This Christmas 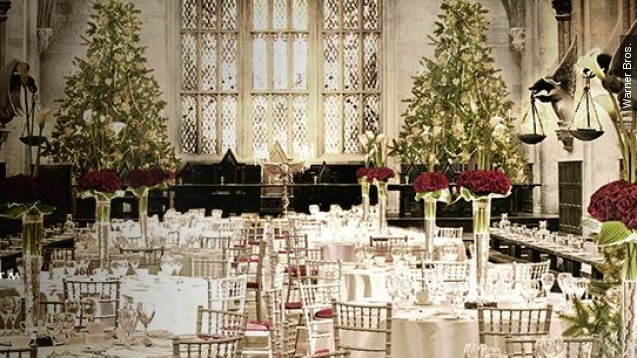 SMS
You Can Practically Move Into Hogwarts This Christmas
By Lexie Hammesfahr
By Lexie Hammesfahr
September 30, 2015
Warner Bros. and JK Rowling have managed to keep the fictional Harry Potter world alive and relevant even though the films are over.
SHOW TRANSCRIPT

As we grow and change, apparently so does the world of Harry Potter.

Years after the final book and film for the franchise were released, author JK Rowling and Warner Bros. Studios continue to find ways to keep Hogwarts alive, both in our dreams and reality. (Video via Warner Bros. / "HP and the Deathly Hallows Part 2")

This winter, fans can have a Hogwarts Christmas dinner in the Great Hall on the Warner Bros. Harry Potter set. Granted, this event is already completely sold out, but those lucky Potter fans will receive a wand, eat dessert on Platform 9 3/4, drink Butterbeer (yum!) and experience the studio grounds of the winterized version of the wizarding school. (Video via Warner Bros.)

And you can learn wand combat — no we're not joking — and then practice dueling a Death Eater (again, totally serious). Because who doesn't need to know that real-world application? (Video via Warner Bros. / "Harry Potter and the Half-Blood Prince")

And in our dreams, Rowling realized that we might want to know, say, what house Harry's son, James, was sorted into. By the way, it's Gryffindor. Duh.

Or you might wonder about the historical context of some of the more iconic Hogwarts locations, like the Leaky Cauldron. It was apparently visible to Muggles before the International Statute of Secrecy was enacted and almost destroyed when Charing Cross Road was created. Thanks to some memory charms, the Cauldron was accommodated into the plans for the road.

Maybe you're in love with the all grown-up hottie Matthew Lewis, aka Neville Longbottom. We may not know if Lewis single or still with the same girl he was dating in 2012, but Rowling told Time that Longbottom married Hogwarts alum Hannah Abbott, who went on to own the Leaky Cauldron.

And it definitely helps when the actors from the franchise talk smack about Quidditch on Twitter.

Rowling's dedication to the wizarding world is so real that her Pottermore website revamp now includes a Pottermore correspondent — which is described as a "journalist dedicated to reporting on all the latest updates going on in the Wizarding World."

Hey, if that correspondent gets to interview Lewis and Potter newbie Eddie Redmayne, sign me up.