You Can Now Buy Recreational Marijuana In Oregon 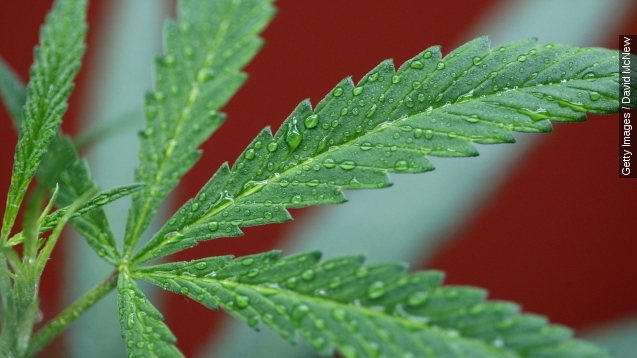 SMS
You Can Now Buy Recreational Marijuana In Oregon
By Ryan Biek
By Ryan Biek
October 1, 2015
Oregon now will allow the sale of recreational marijuana in limited quantities, but what benefits and challenges likely await the state?
SHOW TRANSCRIPT

Smoking marijuana recreationally has been legal in Oregon since July, but now, people can legally purchase the drug.

Anyone over the age of 21 can now buy a quarter ounce of dried leaves and flowers. Edibles likely won't be available until the second half of 2016. (Videos via Oregon Public Broadcasting and CNN)

Of course, legality comes with a hefty tax –– 25 percent in this case. However, it'll be sold tax-free until Jan. 4.

Most of the tax revenue will go to schools. The rest is largely divided between drug addiction services and funding to uphold the law.

No doubt, Oregon is trying to mimic the apparent successes of Colorado and Washington state. In 2014, the states raised roughly $63 million and $70 million respectively. (Video via WCPO)

The added revenue is obviously better than nothing, but schools aren't getting as much funding as you might think.

Being the first to legalize the drug, Colorado's been the most-used case study. USA Today reported earlier this year the state had only $17 million to pass on to schools.

If you divided that up among Colorado's 1,700 public schools, you'd have under $10,000 per school. And building a new school can range between $10 million and more than $100 million.

And in addition to competition with black-market dealers, Colorado's been losing potential revenue from residents sticking with medical dispensaries with much lower taxes. (Video via NBC)

Oregon will likely have to deal with these issues as well. So far, more than 200 dispensaries plan to sell recreational marijuana in the state.

This video includes images from Getty Images and SickestFame / CC BY 2.0.