You Can Be A Professional Seat Filler At The Oscars 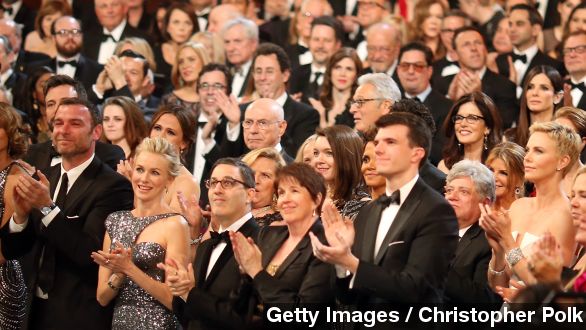 SMS
You Can Be A Professional Seat Filler At The Oscars
By Matt Moreno
By Matt Moreno
February 22, 2015
Although these pros fill empty seats next to A-list celebrities, they're not supposed to talk to the stars if they want to keep their jobs.
SHOW TRANSCRIPT

Do you ever wonder why there isn't an open seat in the house at the Oscars?

Yes, it's a huge event with Hollywood's biggest stars, but there are still open seats.

However, you likely won't notice those vacant spots.

That's because any time a celebrity gets up or a seat isn't being used, professional seat fillers are there to swoop in.

The A.V. Club chatted with one anonymous seat filler who says to even be considered you basically have to know someone who works for the Academy or PricewaterhouseCoopers, the accounting firm that counts the votes.

From there, organizers might even ask for a resume, links to social media pages, pictures of yourself and more.

CNN spoke with one seat filler who laid out the guidelines:

"As a seat filler, there's a lot of rules you have to follow starting from the dress code. No picture taking. Most important, don't talk to the celebrities unless they talk to you," Monica Enriquez said.

Which might just be the toughest part of the gig. MTV writes, "Holding your tongue while Ryan Gosling is sitting right in front of you might be the hardest part of this job, so only the strong-willed need apply."

Now, if you think you've got what it takes to be a seat filler, AOL lists a few sites where you can apply.

Seat fillers aren't typically paid, but maybe sharing a slice of pizza with Ellen Degeneres and bragging about the whole thing would make it totally worth it.