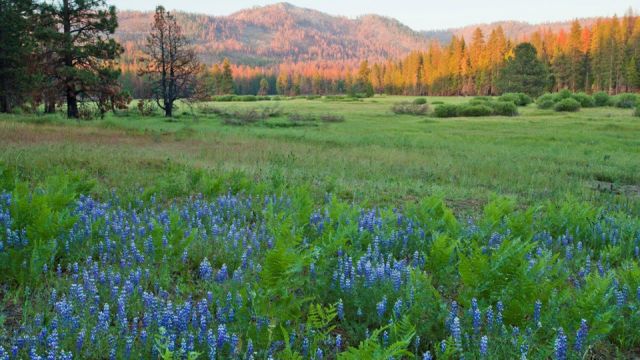 SMS
Yosemite Just Got 400 Acres Bigger
By Lindsey Pulse
By Lindsey Pulse
September 8, 2016
The Trust for Public Land purchased Ackerson Meadow and donated it to the national park.
SHOW TRANSCRIPT

Yosemite National Park is expanding; it just added 400 acres of wetlands and meadows.

The Trust for Public Land bought Ackerson Meadow for a reported $2.3 million from private owners earlier this year and then donated the land to the national park.

The acreage is Yosemite's largest addition since 1949. It lies along the park's western border.

The National Park Service celebrated its 100th anniversary late last month. To mark the occasion, President Barack Obama stopped by and spoke about the importance of protecting the land.

The meadow is home to many species of plants and animals, and park officials are labeling it as vitally important. One official said, "The purchase supports the long-term health of the meadow and its wild inhabitants."

Park officials say meadows take up only 3 percent of the national park's land but are home to about a third of the park's plant species.

SEE MORE: Do You Vape? Not In U.S. National Parks, You Don't

Yosemite celebrated its 125th anniversary last year. The official says the original plans for Yosemite included Ackerson Meadow and that "it is exciting to finally have this important place protected."