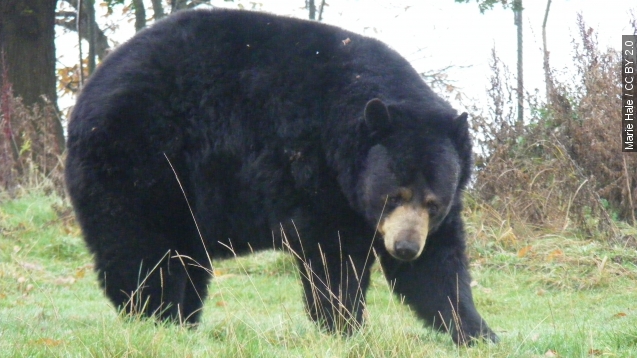 Yorkies are cute. Usually kind of worthless for things like fetching the paper or protecting the homestead, but cute.

Well, one Yorkshire terrier in California was out to change that stigma for all pupkind. He helped save his owner from a bear.

"He kept him distracted. ... That's when the bear turned around to see Benji and that's when I jumped up. ... It was terrifying ... I really didn't know if I was going to make it out or not," Larry Yepez told KFSN.

A Vietnam veteran named Larry Yepez said he stepped outside his house on the outskirts of Yosemite National Park early Wednesday morning and was attacked by a 200-pound black bear.

Yepez says his dog nipped at and distracted the bear, allowing him to escape.

Yepez drove himself to the hospital, where he got a rabies shot, antibiotics and stitches.

The California Department of Fish and Wildlife said the attack is under investigation and the bear will be euthanized if found, but officials insisted attacks like this aren't common.

Authorities think trash may have lured the bear to Yepez's house. But as Yepez's friend told the Merced Sun-Star, a little old bear wasn't going to shake him.

"He’s accustomed to what you’re supposed to do in these situations. ... He’s a veteran, wounded in combat. As Larry said: 'If the North Vietnamese couldn't get me, this bear couldn't get me.'"

The Los Angeles Times says the drought has made food scarce, so bears have been searching elsewhere for food.

This video includes video from John / CC BY 2.0.