Yet Another Group Of People Were Stranded On A Desert Island 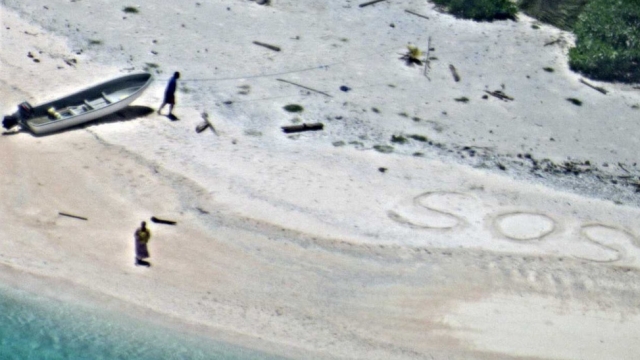 Yet another group of people were stranded on a desert island and then rescued after sending an SOS in the sand.

On Friday, the U.S. Coast Guard reported two people stranded on an island were safely rescued after a seven-day search.

Back in April, three people were rescued in the same region — Micronesia — after spelling the word "help" in the sand with palm fronds.

In the most recent rescue, the pair had "limited supplies and no emergency equipment on board" while attempting to travel to a nearby island. Authorities searched more than 16,000 square miles.