Yes, The US Is Pulling Its Weight In The Fight Against ISIS 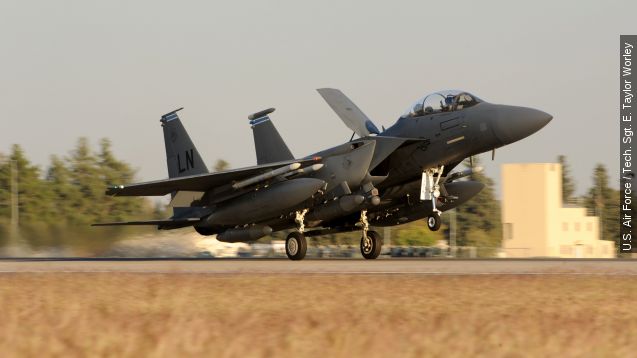 SMS
Yes, The US Is Pulling Its Weight In The Fight Against ISIS
By Jake Godin
By Jake Godin
November 17, 2015
After the ISIS attacks in Paris and France's retaliatory airstrikes against the group, some pundits are saying the U.S. should do more.
SHOW TRANSCRIPT

After ISIS launched a series of attacks in Paris, killing nearly 130 people, France responded with a surge of airstrikes against ISIS' de facto capital in Raqqa, Syria.

Russia has been conducting airstrikes in Syria for weeks now, ostensibly against ISIS.

And the U.S.? Well, some political pundits say the country isn't doing enough to fight ISIS.

There are others, too. But here's the thing: The U.S. is fighting ISIS.

In fact, the U.S. has conducted more airstrikes against ISIS in Syria and Iraq than every other coalition nation combined.

The U.S. has conducted over 2,600 airstrikes in Syria alone. The rest of the coalition? Less than 150.

So while it's easy to say the U.S. is "leading from behind" on fighting ISIS or has a "deep-seated aversion to using military force," the numbers tell a different story.