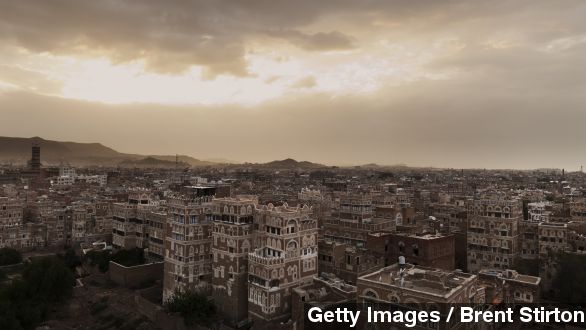 The Yemeni president, prime minister and cabinet have all reportedly resigned.

If true, the move would leave the struggling Middle Eastern country without a governing body. (Video via Middle East Eye)

Yemeni Prime Minister Khaled Bahah posted the announcement on his Facebook page, tendering his and the cabinet's resignation to the president. (Video via YouTube / Abuabdallah Lehman)

A translated copy reads, "We regret that it has come to this, and we apologize to you the patient people of Yemen and pray that God will sail Yemen to stability and safety."

The sudden resignations come after Hadi was put under intense pressure by Houthi rebels to meet their demands amid a standoff. (Video via RT)

The rebels briefly captured the presidential palace earlier this week and demanded parliament make changes to the country's constitution before they'd withdraw. (Video via OTV)

According to Al Arabiya, Yemen's parliament has refused Hadi's resignation and plans to hold an emergency session Friday.