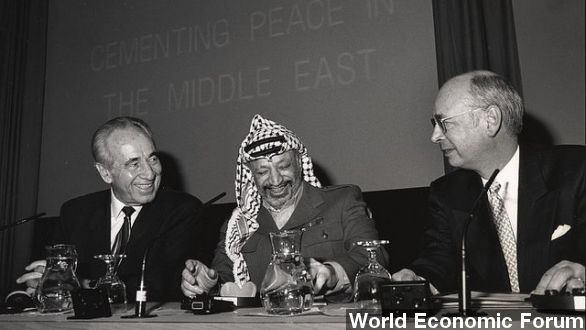 Whether you believe he was poisoned or died of natural causes, new scientific evidence on how Yasser Arafat died will probably only add to the confusion. (Via U.S. National Archives)

A leaked report from French experts investigating his death claims the former Palestinian leader died of a generalized infection — in other words natural causes — despite some traces of radioactive polonium found in his body.

Arafat, of course, died unexpectedly in 2004 at the age of 75 after experiencing flu-like symptoms. At time, doctors weren't able to specify exactly how he died because there was no autopsy. (Via YouTube / Abo Taha Yousef )

But there’s always been a question of whether he was poisoned. The Palestinian Authority has pointed fingers at Israel and others have blamed members of Arafat’s own inner circle.

In 2012, Arafat's body was exhumed and samples of his remains were sent to Swiss, French and Russian teams for investigation. (Via France 24)

This November the Swiss team reported their findings — which contradict the French report. They said his body showed high levels of radioactive polonium, which  “moderately” supported the poisoning theory. (Via Al Jazeera)

Palestinian investigators agree the Swiss report proved Arafat was the victim of an assassination. One investigator said he’s planning to soon release the names of those he believes are tied to Arafat’s death.