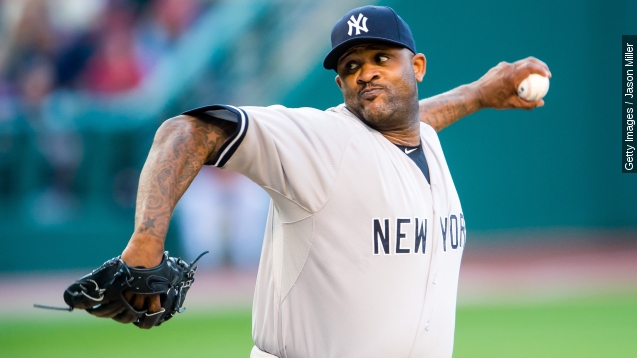 New York Yankees pitcher CC Sabathia might not have the stats from his prime, but his pitching skills still get him headlines.

But this time, he's in the news because he may have been trying to throw punches instead of pitches.

In TMZ exclusive footage, you see people holding Sabathia back and shoving him into a car. This was after a fight broke out at a Toronto nightclub.

We don't see Sabathia throwing any punches in the video, but after a jump in the video, you can see someone apparently got a hold of one of his bright pink shoes. The fight escalates into the street shortly after Sabathia leaves.

This all happened Saturday morning after the Yankees topped the Toronto Blue Jays 4-3. An ESPN senior writer spoke with the southpaw about the incident.

"CC basically said that he regretted the decision he made by being involved in this near altercation in Toronto," the ESPN reporter said on the phone.

Sabathia was supposed to start for the Yankees on Monday, but that was pushed back to Tuesday. The team's manager Joe Girardi said he wanted to give his starters an extra day of rest and that decision had nothing to do with Sabathia's fight.