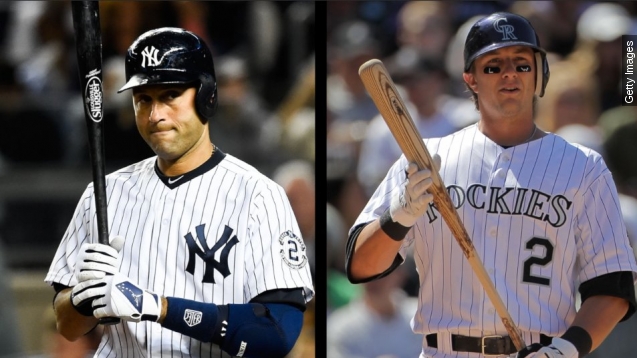 You remember that emotional retirement from shortstop Derek Jeter in front of thousands of Yankees fans? Well, it almost didn't happen.

In a new story from Sports Illustrated's S.L. Price, General Manager Brian Cashman once told Jeter he would've rather had Troy Tulowitzki at shortstop, who's now with the Blue Jays.

This happened following in 2010 when the two sides were in contract extension talks. Jeter, according to ESPN, was reportedly looking for a four- to six-year contract worth $22 million to $24 million a season. He got a three-year, $51 million contract instead.

Jeter was and still is a baseball icon due to his leadership and clean track record in a city that's tough to play in, but Cashman made sure to let his shortstop know he wasn't getting extra cash for that. (Video via NBC)

Tough words to throw toward the Yankee lifer. Now we don't know how close talks were to collapsing after that, but Cashman was reportedly ready to list a few more names before other execs stepped in.

But, to Cashman's credit, he was probably right.

"Cashman looks him in the eyes and goes 'Tulowitzki.' That's why you love Brian Cashman," CBS Sports' Craig Carton said.

There's also the factor of age. Tulowitzki is about 10 years younger than Jeter.

Cashman refused to comment on the quote but did tell New York Daily News while he didn't provide the info, he didn't have a problem with the writer's story.