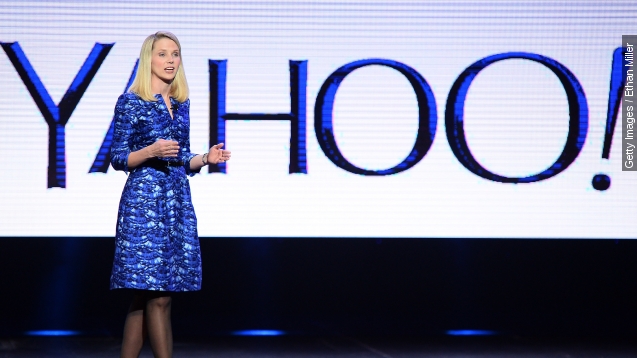 Yahoo says it will not be spinning off its $31 billion Alibaba stake, after all. Instead, the company will split its core Internet services business off in to its own entity.

That includes Yahoo Mail and Yahoo News. Collectively, they make up the third-most visited websites but still struggle to make meaningful revenue growth.

Yahoo CEO Marissa Mayer said in a statement the new spin-off plan "will provide more transparency into the value of Yahoo's business." (Video via Fortune)

Mayer's original plan was to spin off the stake in Chinese e-commerce giant Alibaba into its own business, but there was some concern it could lead to paying a huge amount in taxes.

The shift in strategy comes after activist investor Starboard Value pushed for the sale of its core business instead, saying that would incur a much smaller capital gains tax. (Video via Yahoo)

Yahoo says it could take more than a year to complete the full spin-off plan.