Yahoo And Alibaba: The Anatomy Of A $40B Tax Dodge 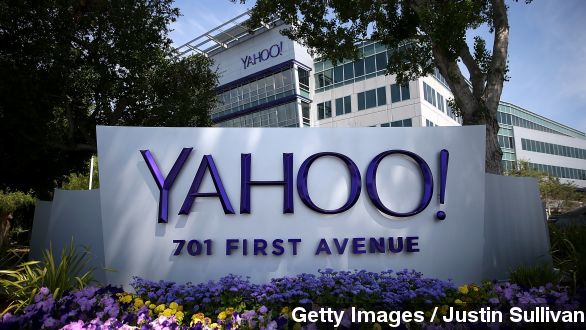 SMS
Yahoo And Alibaba: The Anatomy Of A $40B Tax Dodge
By Jake Godin
By Jake Godin
January 28, 2015
Yahoo announced plans to avoid paying taxes on its $40 billion stake in Alibaba by spinning off shares into its own company, SpinCo.
SHOW TRANSCRIPT

Sure, Apple may have hogged some of the limelight during Tuesday’s earnings announcements, but Yahoo had its own big news to announce — a $40 billion spin-off.

"Today, I am happy and proud to announce that management has recommended and the Yahoo board has authorized a plan to pursue a tax-free spin off of 100 percent of the company’s remaining holdings in Alibaba," said Yahoo President and CEO Marissa Mayer in an earnings call.

By spinning its 15 percent stake in Alibaba into a new company, Yahoo can avoid having to foot a $16 billion corporate tax bill. And that makes for some very happy shareholders.

The new spin-off company is, for now, aptly named SpinCo and will consist of Yahoo’s 15.4 percent stake in Alibaba along with something called an ATB or "active trade or business."

That nameless ATB is required in order for the spin-off to remain tax free and, as Bloomberg’s Matt Levine explains, the smaller and less important it is, the better it'll be for shareholders.

The end goal here would be for Yahoo to successfully sell off its $40 billion Alibaba stake for as much as possible. While Yahoo still can’t sell SpinCo without incurring the hefty tax bill, someone else could still buy it for something closer to its full value.

And who better to buy the spin off than Alibaba itself? The Chinese giant would be reclaiming a decent chunk of its shares and could then do whatever it wants with SpinCo.

But until Alibaba decides to buy SpinCo — if it even does — Quartz's Heather Timmons says the spin-off puts the Asian company in a tight spot. That's because it will potentially draw investors away from Alibaba's own stock.

This wouldn’t be the first deal of its kind. Last year, a similar spin off move was made by John Malone's Liberty Interactive Corporation and its 22 percent stake in TripAdvisor.