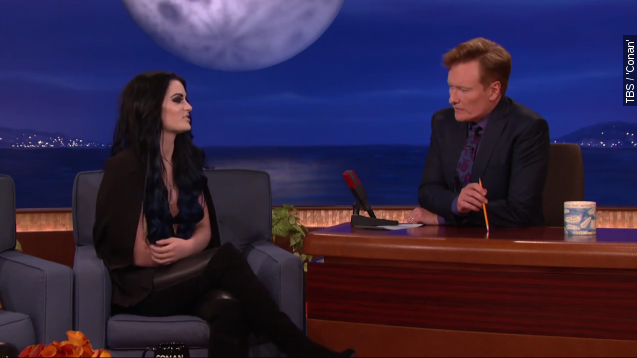 If you're a fan of WWE Diva Paige, you probably already know she loves to yell in the ring. Like, a lot.

So when she stopped by "Conan" this week, she just had to share her screaming secrets with Conan and Andy.

"Well, it's just like a primal scream, you know. It's very, it makes you feel good, makes you feel confident, just to let it out, let all that anger out," Paige explained on "Conan."

"One, two, three! AHH!" all three of them screamed.

But we're guessing that's about the only thing Conan could beat her at. She is, of course, a two-time WWE Divas Champion. (Video via WWE)

You can see Paige and other WWE stars during the Hell in a Cell event, which airs this weekend on pay-per-view. (Video via WWE)