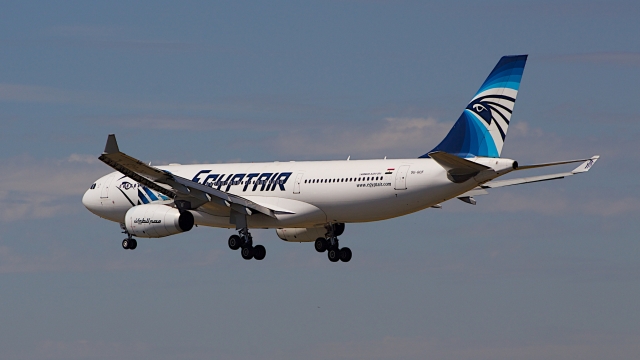 Rescuers are still searching for the missing EgyptAir Flight MS804, after debris found in the Mediterranean Sea turned out not to be from the plane after all.

EgyptAir initially posted this press release on Facebook, saying the Egyptian Ministry of Foreign Affairs is "declaring the finding of the wreckage of the missing aircraft."

But Greek officials contested that report soon after, saying the debris was found too far in the Mediterranean to be from the plane. Egyptian officials then retracted their claims to CNN.

Here's what we know: EgyptAir Flight MS804 was carrying 56 passengers and 10 crew members from Paris to Cairo. The airline said it was only about 45 minutes from its final destination when it disappeared from radar shortly after entering Egyptian airspace.

"We certainly extend our condolences to each and every country that has lost people," U.S. Secretary of State John Kerry said.

The U.S. is aiding in the investigation, and officials say their findings point toward a bombing.

"The leading theory for U.S. investigators who are watching this closely is that they believe it's most likely a bombing that brought down this aircraft," explained CNN's Evan Perez.

Late last year, a Russian passenger plane crashed over Egypt's Sinai Peninsula. Officials believe that crash was caused by a bomb on board.

Both France's and Egypt's prime ministers said nothing can be ruled out in the investigation of the EgyptAir crash.