Would Going Metric Really Help The US Economy? 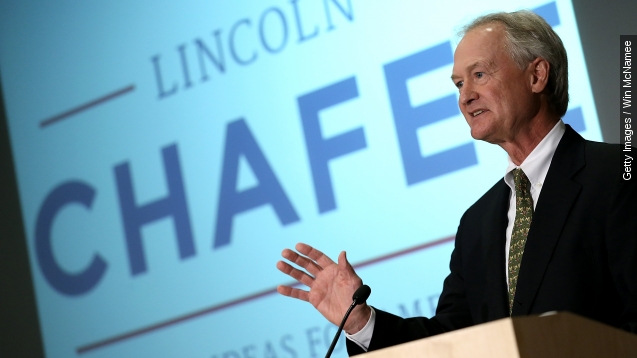 SMS
Would Going Metric Really Help The US Economy?
By Kate Grumke
By Kate Grumke
June 4, 2015
Democratic Presidential Candidate Lincoln Chafee says joining the rest of the world in the metric system would help the economy.
SHOW TRANSCRIPT

Democratic Presidential Candidate Lincoln Chafee has an idea to help the economy.

"Let's join the rest of the world and go metric. ... It will help our economy," presidential candidate Lincoln Chafee said.

That's quite the claim, but he's hardly the first lawmaker with eyes on the White House and a love for universal measurements.

No, this conversation goes all the way back to George Washington and Thomas Jefferson.

But his claim that going metric would help our economy is complicated.

Proponents of the U.S. using the metric system argue it would boost the economy by making trade easier.

After all, as Chafee loves to point out, the only countries in the world that haven't adopted the metric system are, "United States, Liberia and Myanmar, in all the world," said Chafee.

"Us, Liberia and Myanmar, those are the three countries that haven't gone metric?"

But some estimates looking at the U.K. and Canada, which were some of the last holdouts for the imperial system, found big savings in the long run. Continuing to use the imperial system cost the U.K. as much as 16 billion pounds per year in today's currency, and Canadian engineers and architects were charging as much as 15% more for projects that would require a conversion, according to a study by a metrification advocate.

In 1975 the U.S. Congress did pass the Metric Conversion Act, which called for a voluntary adoption of the metric system. But as we know today, it didn't really stick. (Photo via Ohio Department of Transportation)

If the U.S. were to fully convert to the metric system, there would be costs involved that could, at least initially, outweigh the trade benefits.

Politico reports the cost of changing road signs from miles to kilometers could range from $520 million to $650 million adjusted for inflation. That's based on a 1995 government estimate. And road signs aren't the only thing that would have to be converted.

Besides the cost of training and education, almost all of the labels in a grocery store, clothing sizes and even gas station pumps would need to be updated.

And Chafee's suggestion isn't exactly on the top of lists of issues voters care about. (Video via Lincoln Chafee)

So it doesn't look like @pourmecoffee's tweet about "Spontaneous crowds forming now in DC in support of Lincoln Chafee's call to join the metric system," will become reality any time soon.

Plus even without the metric system, the U.S. will probably stay on its feet.

This video includes Getty Images and CC BY NC ND 2.0.